The spider family Deinopidae consists of stick-like elongate spiders that build unusual webs that they suspend between the front legs. When prey approaches, the spider will stretch the net to two or three times its relaxed size and propel itself onto the prey, entangling it in the web. Because of this, they are also called net-casting spiders. Their excellent night-vision adapted anterior median eyes allow them to cast this net over potential prey items. These eyes are so large in comparison to the other six eyes that the spider seems to have only two eyes.

The genus Deinopis is the best known in this family. Spiders in this genus are also called ogre-faced spiders, due to the similarity between their appearance and that of the mythological creature, the ogre. 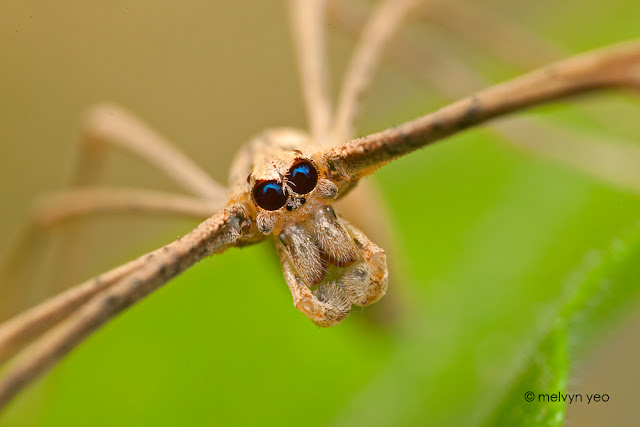 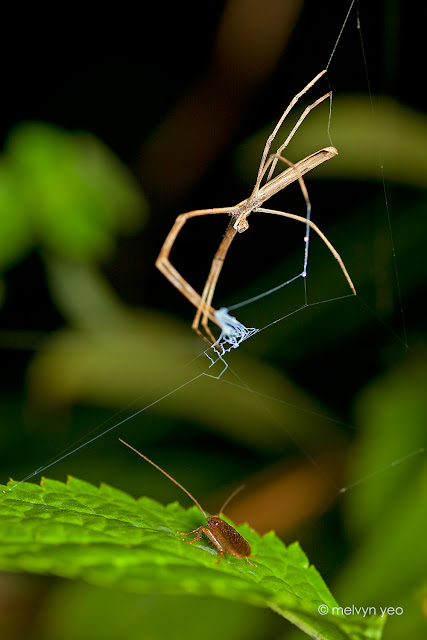